The Laravel team is proud to announce the release of Laravel 6 and it’s now available to everyone. This release marks the start of the Laravel framework (laravel/framework) using Semantic Versioning. Also, this release includes compatibility with Laravel Vapor, improved authorization responses, job middleware, lazy collections, sub-query improvements, among many other improvements.

Here are some of the new features included in Laravel 6:

The Laravel release notes clarify semantic versioning going forward in Laravel 6.0 and beyond:

Laravel 6.0 now ships with Ignition—a new open-source exception page for Laravel—created by Freek Van der Herten and Marcel Pociot. To learn more about this feature, check out our announcement post, and see it in action in Laracasts’ What’s New in Laravel 6: Ignition is Laravel’s Amazing New Error Page video. 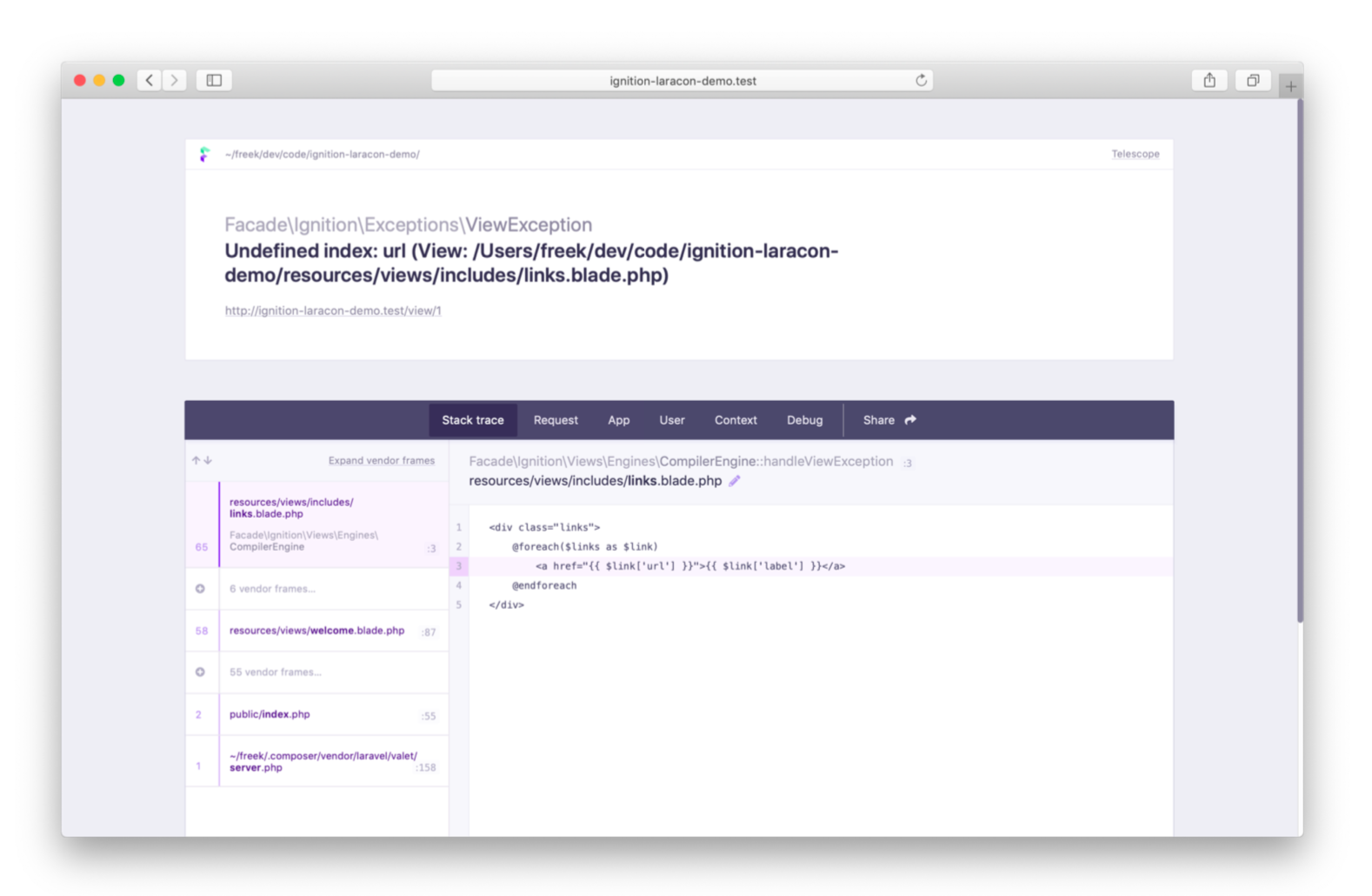 Previously it was difficult to provide custom error messages around authorization to end users. Laravel 6 introduces a Gate::inspect method which provides the authorization policy’s response:

Job Middleware is a feature contributed by Taylor Otwell, which allows jobs to run through middleware:

The middleware will help you avoid custom logic in the body of your job’s handle() method. Learn more in our post: Job Middleware is Coming to Laravel 6.

Lazy collections are a game-changer for working with extensive collections of data, including Eloquent model collections. A new Illuminate\Support\LazyCollection class leverages PHP’s generators to keep memory low while working with large datasets. Check out Lazy Collections documentation for more details on this impressive new feature!

Learn more about Jonathan Reinink’s contributions to subqueries in his post on Laravel News – Eloquent Subquery Enhancements in Laravel 6.0. Also, check out Jonathan’s excellent talk on using subqueries (among other techniques) in his Laracon talk Eloquent Performance Patterns.

The frontend scaffolding provided with Laravel 5.x releases is now extracted into a separate laravel/ui Composer package. This allows first-party UI scaffolding to be iterated on separately from the primary framework.

If you want the Traditional Bootstrap/Vue/ scaffolding, you will run the following command:

You should now be able to start a new Laravel 6 application with the laravel CLI tool:

Here’s a few resources related to Laravel 6 that you should check out: