First, db:show gives you an overview of the database. It includes things like DB type, version, username, and more. 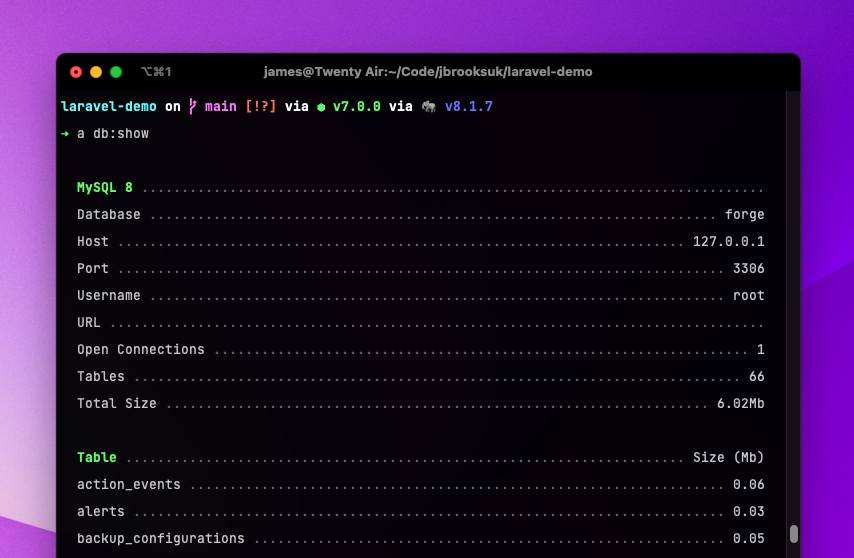 Next, the db:table command lets you see details about a table, including the number of rows, column details, indexes, and more.

Last, the db:monitor command lets you see things like the number of connections to the database.

Images are from Pull Request #43367, which has all the details about these commands.

A "does not end with" validation rule

@kichetof contributed a doesnt_end_with validation rule to check if a string doesn't end with a given substring. Here's an example from the pull request tests:

Venelin Iliev contributed a restoreQuietly() method that restores a soft-deleted model without raising any events.

Chris Kankiewicz contributed to adding the macroable trait to the Config repository so users can extend it in their apps:

You can see the complete list of new features and updates below and the diff between 9.23.0 and 9.24.0 on GitHub. The following release notes are directly from the changelog: