The Visual Studio Code team, in collaboration with GitHub, released a public preview of a new extension: GitHub Pull Requests.

This extension allows you to review and manage GitHub pull requests directly in Visual Studio Code, including the following features:

The extension is available in Visual Studio Code v1.27.0 or higher. 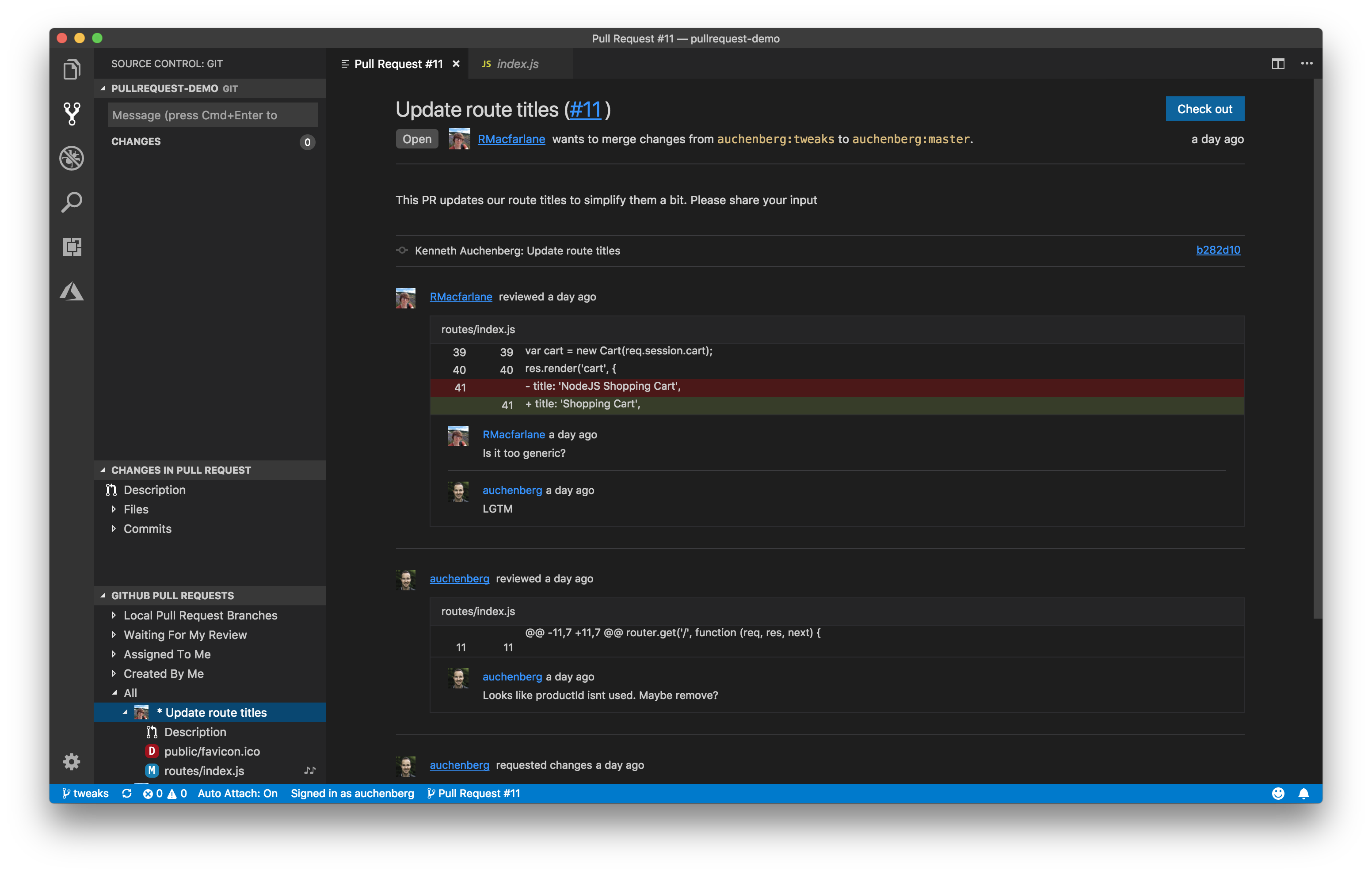 The extension is still in development, so if you want to browse known issues or file a new issue, you can follow along on the extension’s GitHub issues board.

Check out the source code on Microsoft/vscode-pull-request-github and install it from your editor via the Marketplace.

Here’s the original announcement post for more information, a demo, and a video about the new extension that you should check out!