Evan You and the Vue team announced the release of Vue CLI 3.0 stable on Friday! You can check out the documentation and installation instructions on cli.vuejs.org. The new CLI is for rapid Vue.js development:

At the core, Vue CLI provides a pre-configured build setup built on top of webpack 4. We aim to minimize the amount of configuration developers have to go through…

The new CLI is powerful and extensible, without the need to “eject” from the CLI in your projects—projects created with the Vue CLI can upgrade to and work with future versions of the Vue CLI tool.

The CLI also features a powerful GUI that makes it easy to configure a Vue project to use Vue CLI plugins: 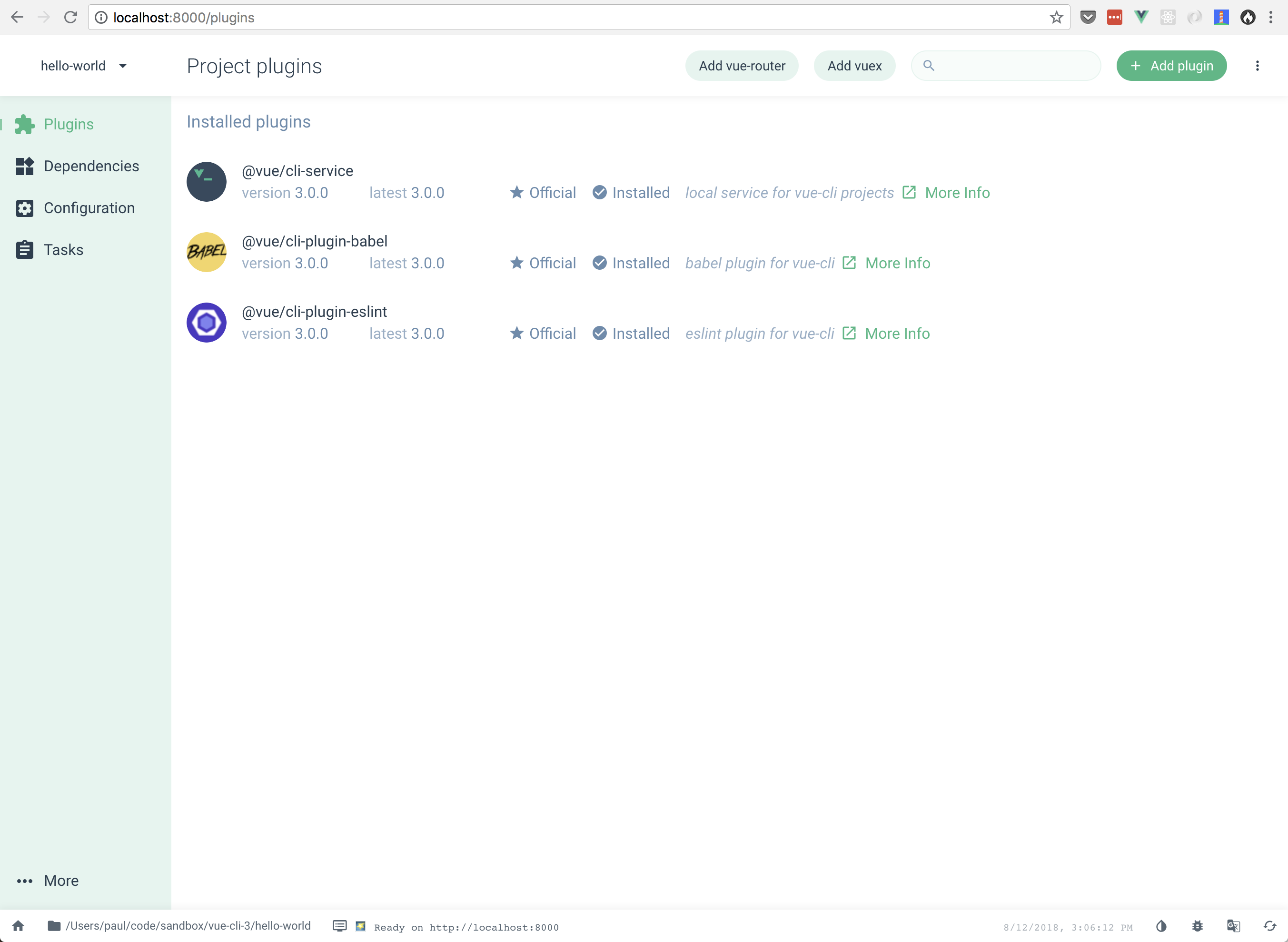 Further, you can manage all of your project’s NPM package dependencies with an intuitive package search right from your development machine: 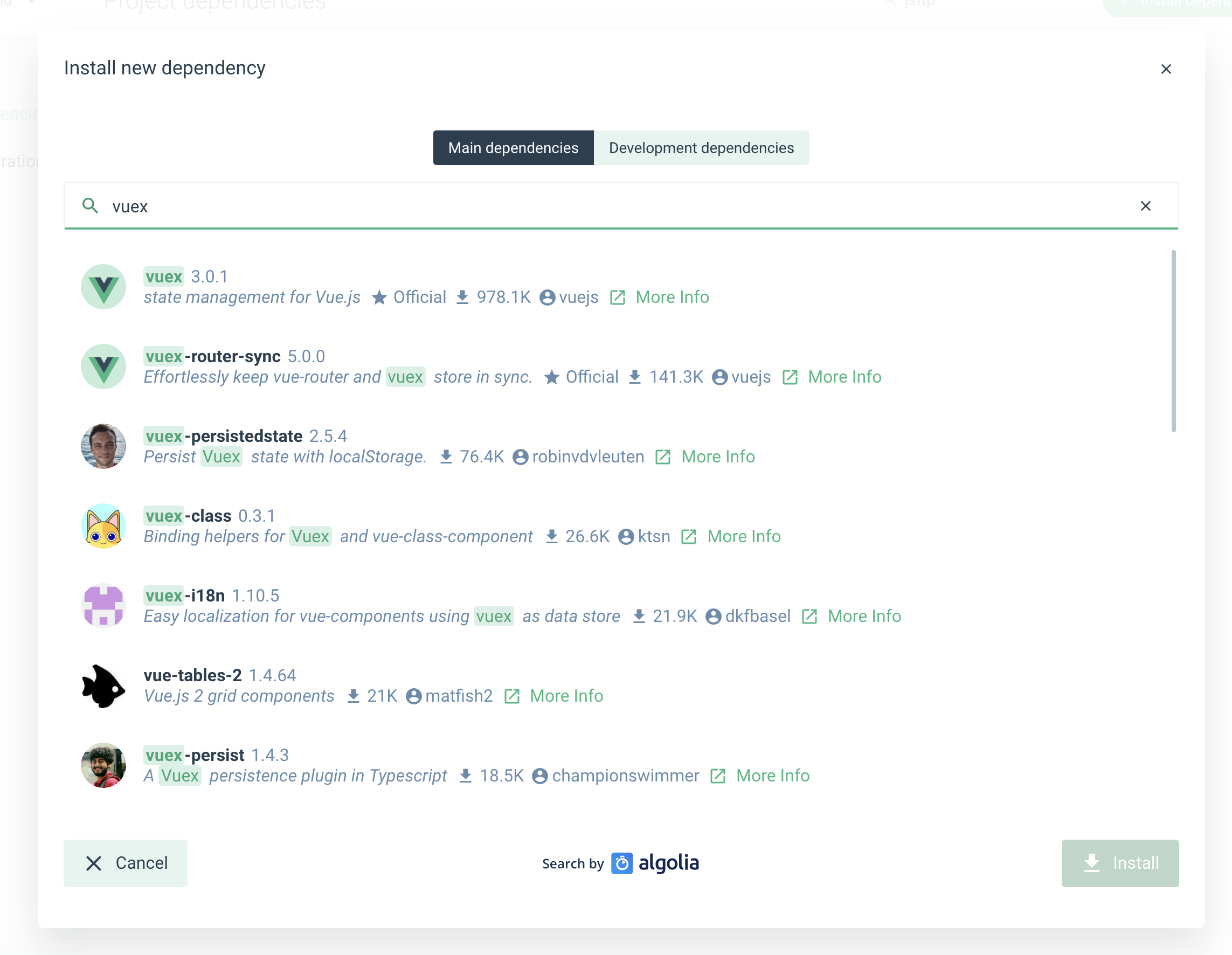 You can even run the project tasks from the UI, check out this example which also showcases the Vue UI dark mode: 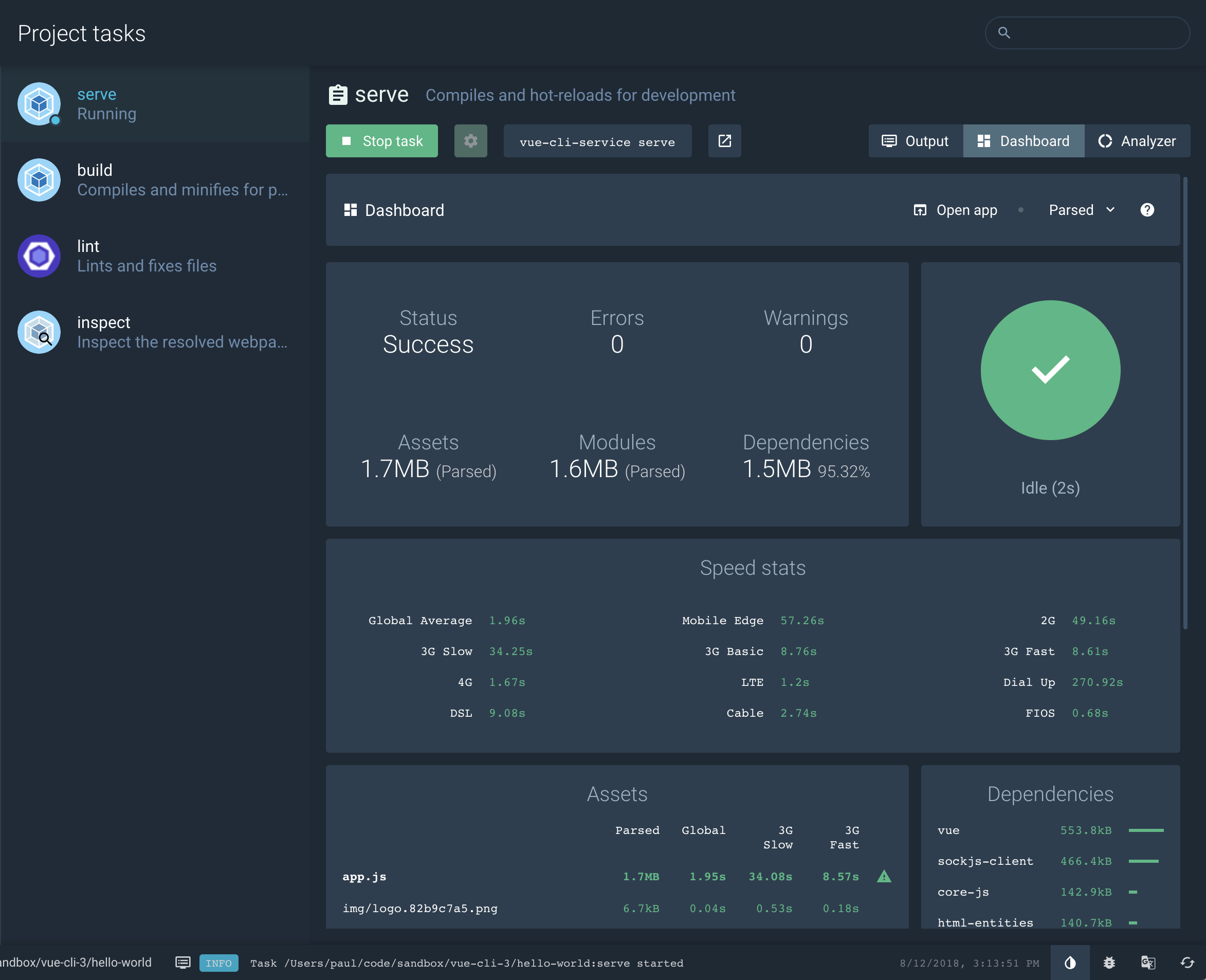 One of my favorite features that Evan demoed at Laracon US 2018 is the instant rapid component prototyping using vue serve. You can either create an App.vue file and run vue serve in the directory, or point the command to a file:

The instant prototyping feature can be inconsistent and is only meant for local rapid prototyping on your own, not necessarily something you’d share with others.

You can learn everything you need to get started with Vue CLI 3 by visiting cli.vuejs.org. The source code is available on GitHub at vuejs/vue-cli.

When Evan presented at Laracon US 2018, he noted an Example project using Vue CLI 3 with Laravel that shows you how to go about using the Vue CLI with Laravel.