Laravel Forge announced last week that Vultr now has first-party support. You can now create Vultr as a service provider by entering your API credentials in the Forge Server Providers configuration. 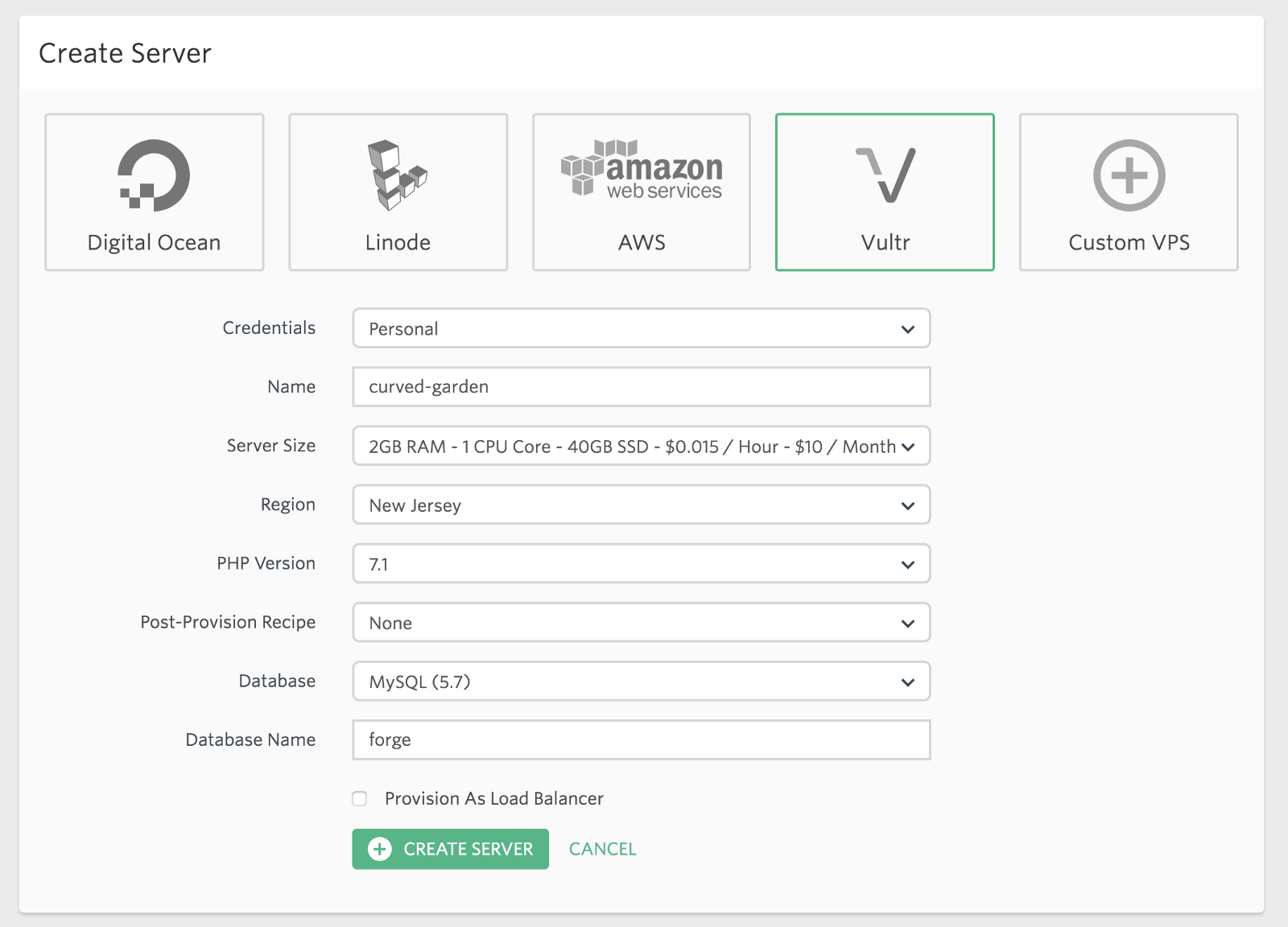 Vultr, which was founded in 2014, is a very competitively priced cloud option, with servers for as little as $2.50 a month and fifteen datacenters around the world. They join Forge as the fourth provider, along with Linode, DigitalOcean, and AWS.

Forge allows you to painlessly create and manage PHP 7.1 servers which include MySQL, Redis, Memcached, and everything else you need run Laravel applications. You can easily manage your SSL certificates, queue workers, cron jobs, and load balancers, among other features.

Forge has two plans that include a five-day trial: a Growth plan and a Business plan. Both plans allow unlimited sites and deployments, and the business plan includes the ability to share servers with teammates and offers priority support. Give Forge a try today with Vultr!