The Laravel release process has changed since Laravel 5’s release cycle. We get a fair amount of questions, comedic comments, and confusion about Laravel’s new release process announced at Laracon US 2019. For some reason, people get the impression that the number of releases has hastened, but in reality, most things are similar to what we grew accustomed to with Laravel 5 releases.

Before we get into the details of understanding the release process, let’s cover the most significant changes since Laravel 6’s release a few months back.

The most significant change to Laravel’s release process is the switch Semantic Versioning (Semver). Before Laravel 6, we had what was considered a major release every six months. For example, the release of Laravel 5.4 was followed by Laravel 5.5 six months later. So twice a year, the Laravel framework would bump the second number. Going from Laravel 5.4 to Laravel 5.5 contained breaking changes.

At the request of the broader community, Laravel adopted semantic versioning starting with the release of Laravel 6 in September 2019. Semver means that any time a new backward-compatible feature gets added to the framework, Laravel bumps the second number (MINOR). 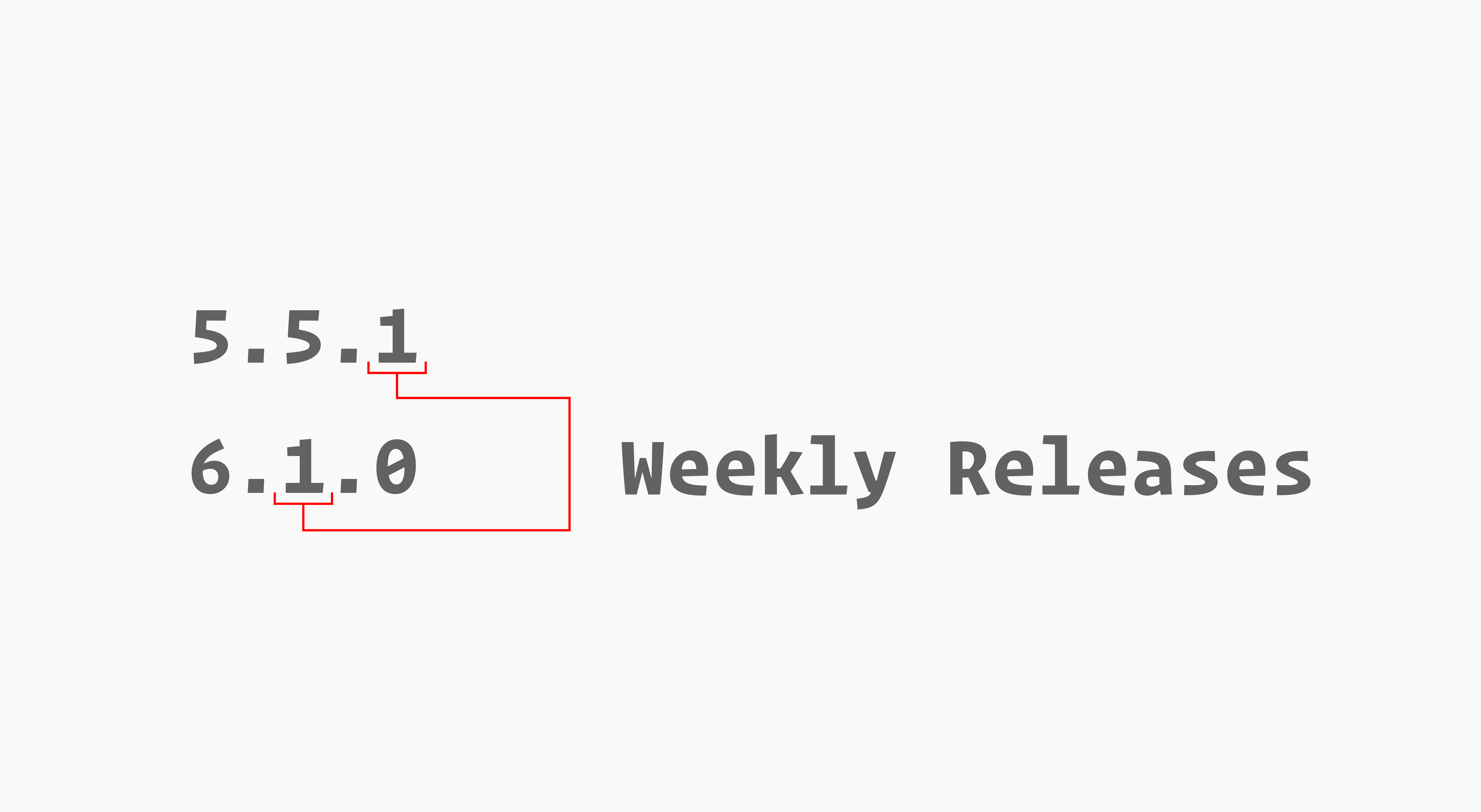 If you’re not familiar with Semver, here are the basics of what it means from the Semantic Versioning homepage:

The Laravel 6 Release Notes provide excellent information about the new release process Laravel adopted started with Laravel 6. In many regards, we will continue to see weekly releases we’ve been used to, but if new features are added, the MINOR version number will change.

While Laravel tends to release about once a week, it doesn’t matter how frequently as long as you understand that even within one week, the framework could go from 6.5.0 to 6.6.0.

I would like to further point out to the community that the way the team works on Laravel hasn’t changed much between Laravel 5.8 and Laravel 6.0. Sure, a few nuanced changes such as how releases are versioned are to be expected, but the process of accepting pull requests, merging code, and tagging releases haven’t changed much at all.

Further, we can typically expect a new major version of Laravel about every six months. That means that around February 2020, we can expect the release of Laravel 7.0.0.

Here’s an updated table of the history of Laravel releases:

* We are trying to demonstrate an example of how releases work—dates are not confirmed.